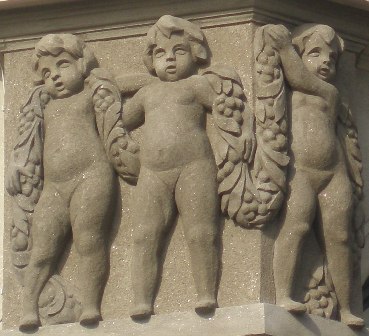 The wine gods (photo taken from a building in Berlin)

Today the total number of vintners of the year is 16, seven of which come from the Mosel wine region. The current one, however, comes from the Pfalz (Knipser brothers).

I came about this fact only by accident while researching a story, I was going to write. I have to find more Mosel wines here in Bangkok, I guess. Wish me luck.

This entry was posted on Monday, June 1st, 2009 at 10:11 pm and is filed under wine regions, wineries. You can follow any responses to this entry through the RSS 2.0 feed. You can leave a response, or trackback from your own site.

2 Responses to The best German vintners and wine makers