And the winner is ? – 2007 Canberra International Riesling Challenge 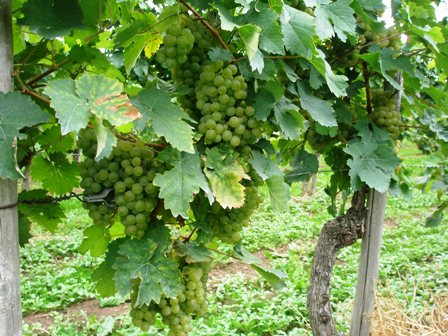 You might remember that I wrote about the 2007 Canberra International Riesling Challenge? The 8th Challenge has seen a new record of 486 entries (wines) from 249 wineries and six countries. What I have not done yet is to also inform you about the outcome of the event. This is the more enjoyable since the overall winner comes from a German winery which I visted recently in Würzburg, Franconia. The newly added category trophy of ‘Best in the World’ was won by “Weingut Juliusspital Iphofer Julius-Echter-Berger Riesling Beerenauslese 2006”.

The history of the event is a success story of new world wine, in this case Riesling wine, promotion. Under www.rieslingchallenge.com you can find the full story and the long list of entries and winners. Although I cannot do justice to all the many award winners from the different countries, I would like to selectively take out and refer to some of the participating wineries and their wines.

It came as no surprise that the German Riesling winner of the ‘Best in the World’ came from Franconia, one of the wine regions famous for its ‘Bocksbeutel’, wine filled in ellipsoid shaped bottles. Franconia (area under wines in 2007: 6072 ha) had a ripper of a vintage in 2006, ranked by the German wine magazine ‘Weinwelt’ as 4 to 5 star quality, the best since 1997.

Because of the cool August of 2006, the wines show high acidity which together with the excellent extraction values provides a high storage potential. The growing period, however, ended after a beautifully warm (almost hot) September, in a very wet October (50 to 140 liter precipitation) and for many vintners this meant a run against the clock to avoid the fruit rotting on the vines.

Weingut Juliusspital is one of the top German wineries. Horst Kolesch, the head of the winery (which is one of the three big wineries in Wuerzburg), can be very happy with the outcome of the event. Apart from winning the main trophy, his wines did very well in the competition and won various other medals. Another of the top Franconian wine producers, Horst Sauer Winery, won among others a gold medal in the ‘current vintage 2006 sweet category’ for his “2006 Eschendorfer Lump Riesling TBA” and a bronze medal for “2006 Eschendorfer Lump Riesling trocken”.

From the vicinity of my hometown Trier, the ‘Bischoefliche Weingueter’ won a silver medal for their “2006 Kaseler Nies’chen Spaetlese” (sweet category), a famous terroir from the Ruwer river. The “2006 Scharzhofberg Spaetlese” won a bronze medal in the ‘current vintage dry category’. The location of the vineyard is the prime terroir for Riesling wines in Wiltingen, a small village at the Saar river. From the Mosel vineyards of the Bischoefliche Weingueter the “2006 Dhroner Hofberg Spaetlese” won a bronze medal in the ‘semi-dry category’.

Let me turn to some of the Australian wineries. From the Yarra Valley the Long Gully Winery (the owners are of German origin)won a gold medal for their “2007 Long Gully Estate Riesling” (current vintage dry category).

PS: It was interesting to learn that Sevenhill Cellars from Southern Australia won a bronze medal for their “2007 Sevenhill Riesling” and a gold medal in the ‘museum class 2004 and prior vintages’ category for their “2001 Sevenhill Riesling”. My friend Neville Rowe has recently taken up the general managers position at this winery which is the oldest in the Clare Valley.