Where to eat in Seoul – Restaurant Review: Min’s Club

Today Seoul, the capital of South Korea, is the host of the G-20 summit. Thousands of government officials from 20 major countries and journalists have converged on the city. The place is crowded, and very busy.

This summit is maybe one of the most contentious so far. South Korea, an OECD country, is the 13th largest economy of the world but was embedded in poverty only 50 years ago. Then per-capita income in South Korea was lower than in Nigeria, the Philippines and even North Korea. All together a different story today.

When I visited Seoul about two weeks ago, I had the chance to look around and get a feeling for this East Asian capital city. Of cause I also explored it’s culinary sides (as far as I could and my schedule allowed).

Seoul is a fabulous place, a modern city with many restaurants and eateries. Korean food is amazing; and distinct from other Asian cuisines. We were invited by our South Korean hosts to have dinner at Min’s Club, a Western style fusion restaurant housed in a traditional style Korean compound (the residence of Queen Min), the most beautiful surrounding one can imagine under such circumstances. 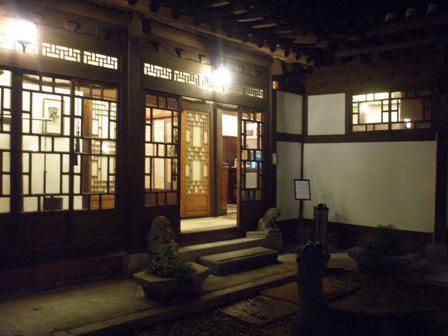 The main hall of the restaurant

The menu of the Min’s Club

Our hosts had ordered a set-menu. It started with a fabulous tuna fish – incredible, the texture and the flavours -, followed by a pea soup (also with a very intense taste), reminding me of winter days in my native Trier, Mosel.

The next dish was a mussel decorated “fine cuisine style”, followed by a white fish with lemon on a bed of vegetables. I even did not say no to the dessert, vanilla ice cream with a crusty waffle cover. 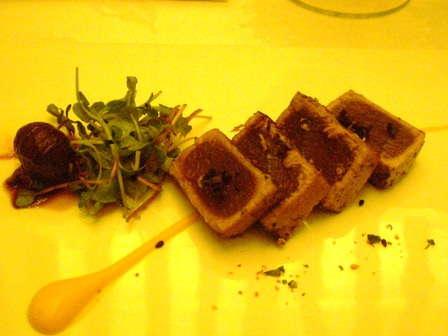 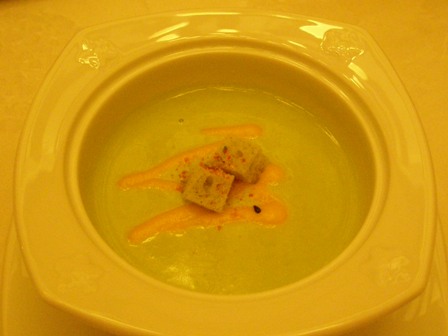 White fish with lemon on vegetables 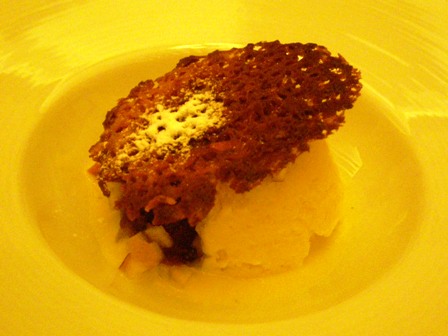 Dessert: ice cream with a hat 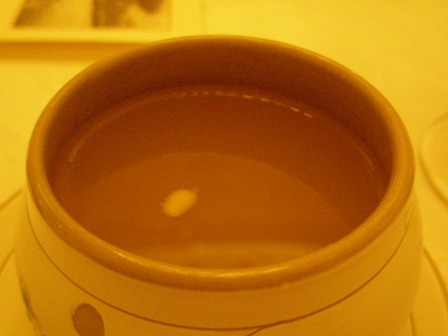 The rice water to conclude the meal

I might have missed to photograph a couple of dishes.

Interesting was that at the end of meal, a kind of sweet rice-water was served. It balanced the stomach acids which were heavily tilted towards acidity by the many fermented vegetables consumed as side dishes.

We drank French red wine with the meal, wine from one of the many Mouton Cadet Bordeaux lines. I could not find out which one. It would have been impolite towards out hosts to ask, I guess. My picture-taking was already embarrassing enough. 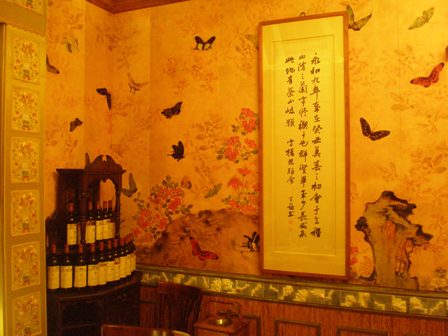 The décor of our dining room was just beautiful with lots of Chinese calligraphy, wall paper made out of fabric with flowery motives, and antique European furniture.

Our dinner was very lovely with lots of interesting and stimulating discussions and conversations. What a wonderful evening. If you are in Seoul look out of Min’s Club; it’s worth it.

This entry was posted on Thursday, November 11th, 2010 at 9:06 pm and is filed under culture, food, Restaurant Review. You can follow any responses to this entry through the RSS 2.0 feed. You can leave a response, or trackback from your own site.

One Response to Where to eat in Seoul – Restaurant Review: Min’s Club