2011 Goldtroepfchen GC – A Riesling from the Mosel 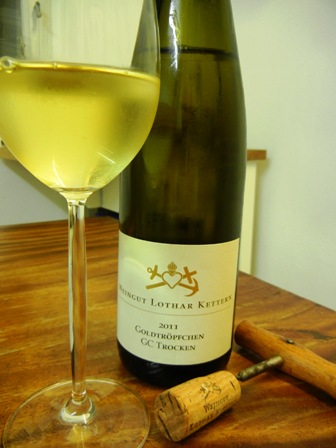 After a couple of weeks without a Riesling from my beloved Mosel, I came across a bottle of ‘2011 Goldtroepfchen Gran Crue’ by Weingut Lothar Kettner in Piesport, Mosel.

I had no idea where the bottle came from. I must have bought it in Bangkok, I thought. But right when I opened it, I knew it was what I needed to celebrate the New Years eve of the Chinese Year of the Snake, the spring festival, as it is also called.

The golden colour is intriguing. The aromas are infatuating. Green apples and white stone fruit came to mind. A Riesling from the Mosel, a wine I adore. What wine would be better to prelude the New Year?

Faith – Love – Hope is the motto of the family winery Weingut Lothar Kettern in Piesport, Mosel. This is represented by the three symbols in the logo of the winery: the cross, the heart and the anchor. The vintner tradition runs in the family for about 200 years. The son of Lothar, Philipp Kettern, also know as ‘the wine pirate’ is now running the estate.

The Kettern family only grows Riesling grapes. Steep slopes, with cooler climate, are the preferred vineyard locations, so that vintage is late. Low yields, perfection regarding leave removal and environment friendly techniques are the key to success. The wines are hand crafted in the true sense of the word.

I will have to see that with my own eyes, next time I visit my beloved Mosel. 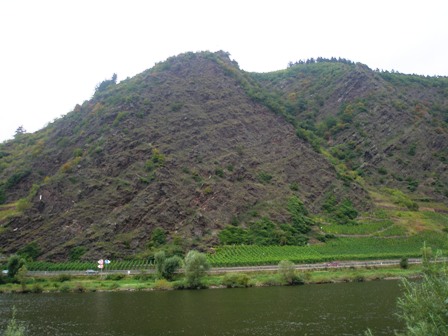