Grape vine leaves can be used for many different things; to wrap food, for instance rice (known as Dolma, Dolmathakia Lathera, etc.). They are also popular for various decorative purposes. The pillar below was decorated with vine leaves and grapes. During my recent trip to Europe I also found coasters in vine leaf shape when I was regaled by an Elbling wine in Echternach, Luxembourg. 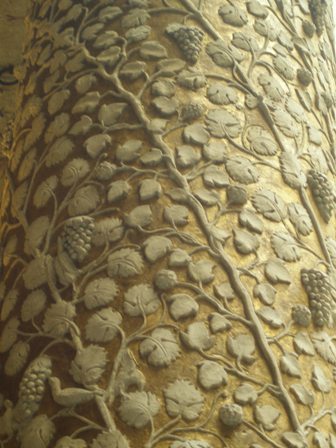 Decoration of a pillar 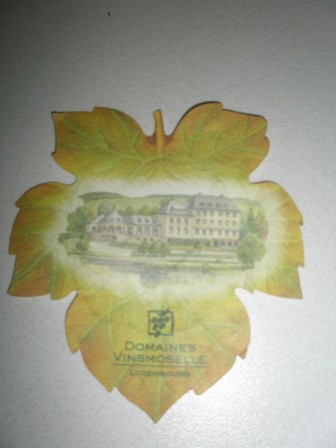 Many of the antique statues we have seen in Italy needed the grape vine leaves to cover delicate body parts. Isn’t this innocent leaf, pure organic of course, a very useful item nature has bestowed on us? 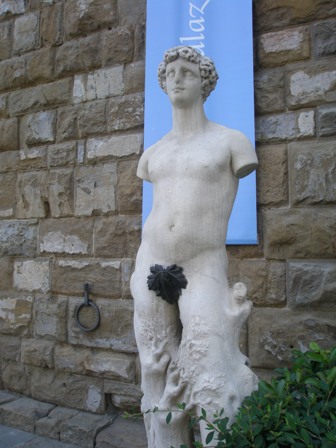 We went on a drive along the Mosel river to make good use of our limited time in Germany. It was a beautiful summers day with blue sky and temperatures in the low 30ies. We drove upriver to Wasserbilligerbrueck and north along the Sauer, a tributary of the Mosel.

The two towers of the main church of the abbey

Echternach on the Luxembourg side was our aim, a beautiful medieval town in eastern part of the Grand Duchess at the border to Germany. Echternach is famous for the rhythm of its annual procession, the “Echternacher Springprozession”: two steps forward, one step backward, the rhythm of many political reforms.

Elbling is an old grape variety with an obscure origin but it has been widely planted in the Mosel wine region for many centuries. From medieval times until the 20th century Elbling was the most planted variety in this part of Germany. Nowadays it is a variety in decline. Not much is left of it, though, maybe only about 600 ha in Germany and about 150 ha in Luxembourg.

Elbling grapes make a rather neutral white wine with high acidity. It is the wine for every day in the southern part of the Mosel wine region. More often than not it is used for sparkling. In wine tastings Elbing does usually not feature at all.

We explored the town, the cathedral, the abbey and many of its public places which were filled with locals and some foreign tourists. When we finally settled in a small cafe, it was clear what we were going to order, the house-wine of the place. While the children enjoyed an ice cream, we indulged in a local Elbling. It was dry, clean and crisp with fine acidity; a great drop for a hot summers day. Come and visit this part at the heart of Europe. It’s worth it.