The beers of Belgium

After a recent business trip to Brussels, I had the chance to visit the old trading city of Antwerp, the capital of the province of Flanders, just about 45 minutes away from the Belgian capital.

It was a rainy day with some sunny parts. I made the best of it. The city on the right hand side of the river Scheldt has a long history and one of the largest seaports in Europe. The old guild houses in the centre are just a marvel. 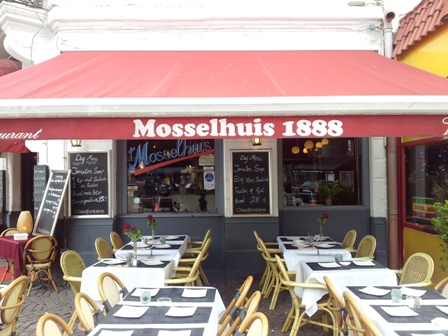 But I will have to come back to have lunch in one of the “Mousselhuis”, and eat mussels. The place above was so inviting. It made my mouth watering. Unfortunately, I did not have sufficient time. Well, such is life.

Belgium is among others famous for its beer. 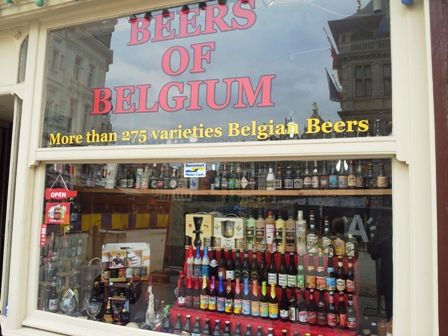 The many beers of Belgium

Here of course Germans have their problems. Everything not brewed according to their “Reinheitsgebot” – according to German purity standards only hops, malt and water are allowed in the brew – cannot be called beer.

But here we are in Belgium, right, so other rules apply. The labels promising cherries and other fruit in the beer are not very inviting to my taste. However, I had quite a few nice beers during my short stay.

The best was maybe the dark Trappiste beer (10.2 % alc.) which was offered to me by my friends parents. It came from a bottle without a label, only a rim which had the name of the monastic order engraved. I found out later that this beer comes from the Westvleteren Brewery.

This entry was posted on Saturday, June 9th, 2012 at 7:02 pm and is filed under culture. You can follow any responses to this entry through the RSS 2.0 feed. You can leave a response, or trackback from your own site.