While working at FAO and living in Rome at the end of the 1980ies, our main restaurant was Taverna Cestia, near Piramide, just a couple of blocks from the United Nations. We went often and all the waiters knew us very well. Usually that meant that we did not have to look at the menu (they knew what we liked to eat), and if we stayed longer than the opening hours permitted, we were somehow accommodated (usually the offering of burning ‘Sambuca’ signaled that it was time to go home).

So it was clear that when in Rome, we would go and eat there. And that’s what we did during our summer vacation 2010 as well. It was a very hot day. We had shown our daughters the Terme di Caracalla. We were thirsty and needed refreshment. ‘Melon with prosciutto’ and ‘bruschetta di pomodori’ are just the right stuff to start a meal. 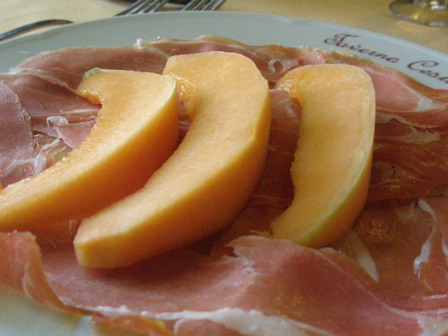 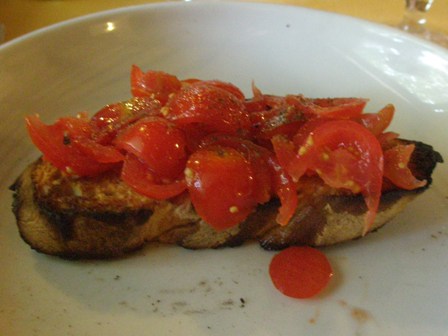 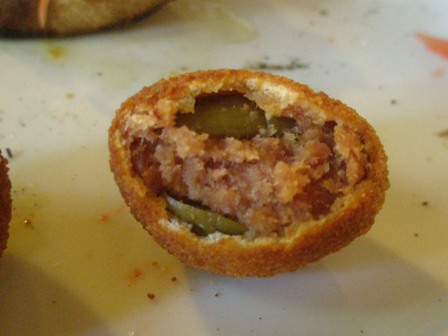 Olives in a coat 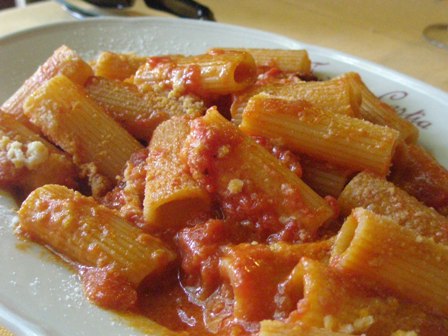 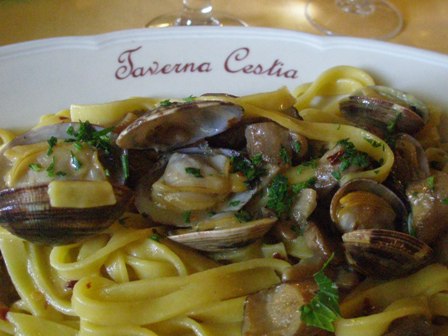 In the past we always ordered a liter of house wine, usually a white wine in summer (a refreshing Frascati) and a red one in winter. Also this time we had a bottle of this divine liquid. We did not regret our choice. 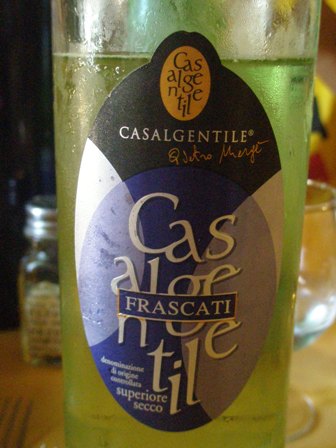 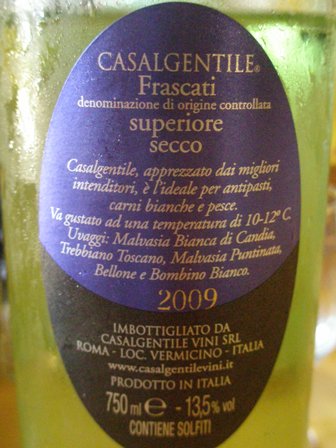 The back label of the Frascati by Casalgentile

That the food at Taverna Cestia is very good is proven by the next picture. Tripadvisor awards four out of five stars. 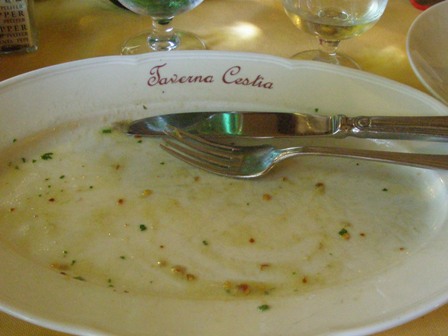