The wines of China

Soon, I will go the China again, and I very much look forward to this visit. When we moved to China in 1990 we were so happy that wine made from grapes was available at all. That was the time of the first French- or Italian-Chinese joint ventures. Ever since the Chinese wine industry has made great progress.

However, if you look for boutique vineyards, China is the wrong place. China after all was and is a beer drinking place. In the countryside it is “bai jiu” (high percentage white liquor or Schnaps) made from maize or sorghum (gao liang) which is consumed in large quantities.

Most of the grape wines on sale in shops and supermarkets in big Chinese cities come from the corporate wine producers such as Dynasty Wines or Great Wall Wines. In 1990 Dynasty, a joint venture of Remy Martin set up in Tianjin in 1980 (only the second joint venture in China at the time), was already 10 years old. 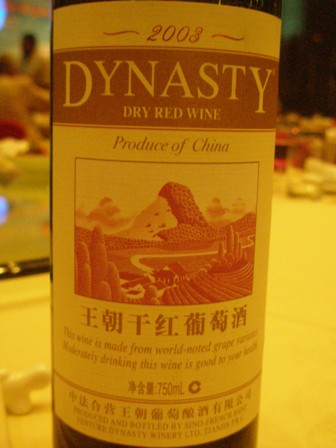 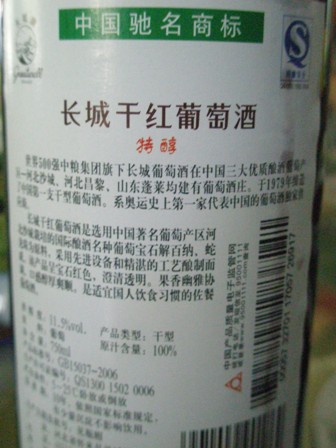 As everything, wine-making goes back a long way in China. However, after the end of the cultural revolution and the start of the economic reform era, there was hardly any expertise left. With the help of wine-makers from France, Italy and Australia, Chinese vintners have made remarkable advances. The product range of the large corporate producers is quite impressive.

Today grape wines are gaining popularity. Especially red wine is popular among male consumers and a kind of status symbol as well. For Western wine connoisseurs some of the consumption habits of the Chinese are strange (or disgusting). For instance the custom of drinking first class Bordeaux wine mixed with soft drinks, called “Red wine set menu” (one bottle of red, ice and two cans of sprite or coke).

The largest producing region is Yantai-Penglai in Shandong province with about 40% of total production in China. It is estimated that China will match the quality of Bordeaux wines in about 50 years time.

I will check it out next week. I’ll keep you posted.

This entry was posted on Sunday, May 23rd, 2010 at 3:52 pm and is filed under wine, wine regions, wineries. You can follow any responses to this entry through the RSS 2.0 feed. You can leave a response, or trackback from your own site.