Alas, evolution is still an on-going process. In the 200th year celebrating the birth of the great Charles Darwin and the 150th anniversary of the publication of “On the Origin of Species“, a new species has emerged:

an improved version of “homo sapiens” has been identified, named “Darwin” and scientific prove about this new species is circulating in the relevant scientific journals and also on the Internet. The photo below shows one of the specimen found recently in an abandoned flat in down-town Bangkok (how did this happen, you might ask, wonder oh wonder, it’s a mystery to me). 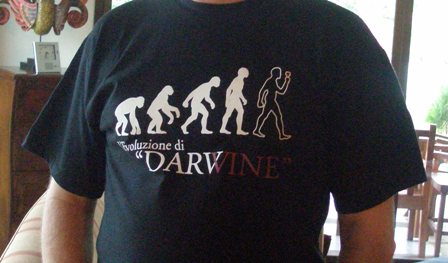 PS: Thank you Martin for providing me with the evidence.

This entry was posted on Saturday, April 18th, 2009 at 10:35 pm and is filed under culture. You can follow any responses to this entry through the RSS 2.0 feed. You can leave a response, or trackback from your own site.