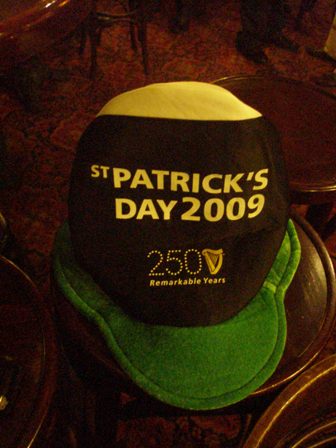 What a night. It was very cold and windy when I waited in front of the Kilkenny Irish Pub at Hackescher Markt rail station for my friend Uli Tilly, who was late, which in fact did not come as a surprise. When we were studying at Bonn University (many many years ago), Uli was famous for showing up late; usually about one hour behind the agreed time.

Eventually he showed up (prior to that we had an exchange of sms which was quite funny), only 20 minutes late, and saved me from further frost bites. Standing in the cold makes anybody thirsty. We had not seen each other for about two years. This was another reason for a wet reunion. St. Patrick’s day was a good occasion (two days late though).

Only invitees could join that night. The pub was closed for the general public. Various Irish music bands were performing. That created just the right atmosphere. We started the evening very cheerfully. 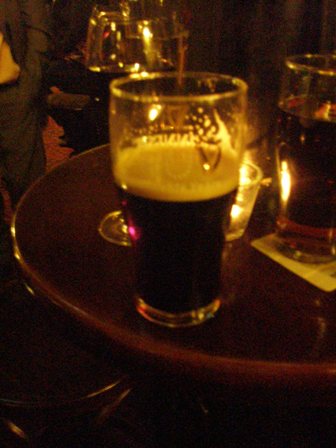 I took a time-out from the fermented grape juice. Guinness, the famous Irish cream ale, was the drink of the night and we had plenty of it. There was also Irish food on offer. Lot’s of potatoes, meat pies, fish and chips, and other Anglo-Saxon delicacies could be devoured.

It seemed that Uli knew everybody at the party. We talked about our families, our jobs, politics, the next elections and the prospects for the future. Men in their early fifties have plenty to talk about, it seemed. The only worrying thing is the old man in the mirror when you go to the bathroom in the morning. I’m just joking. Well, there is no real alternative to ageing. But how to master it gracefully, that’s the challenge. 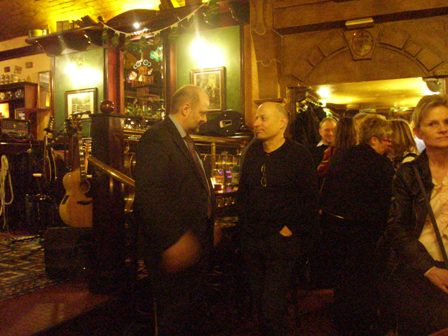 It was early in the morning when we parted company. We could still walk strait so we were no danger to public traffic. Needless to say that we both started work early, honouring the old German saying, that the one who can drink, can work…

Until we meet again my friend.
Cheers