Wine all over the place – a glimpse at Berlin wine shops

The wine industry receives confusing signals these days. In Germany and the EU the ban of advertisement for alcohol and alcoholic drinks is in the making. In some media the devastating effects of such regulations are already being discussed. There were also voices in favour of a ban supporting the current regulatory trend which attempts to further restrict our basic human freedoms and violating our rights.

After the bad news, the good one: In recent news the advent of wine distribution through Amazon was hinted at. The start of wine marketing through such a potent internet channel could not be a more distant twin of the current ascetic (fun and joy hating) trend described above, first hitting smokers and now (maybe) the wine lovers. However, history suggests that human freedoms can be curtailed for a short while only. Ultimately we will break free from such patronizing behaviour of the state, because we are all voters and tax payers and as we say in German, ‘where there is a will, there is a way’ (Wo ein Wille ist, da ist ein Weg).

I bring you good news from Berlin. The other day I strolled through the streets near Nollendorf Platz, and discovered to my great surprise a rather large number of wine shops in a rather small area. I randomly took pictures which I present to you below.

Most of the wine shops are specialised, usually carrying wines from one or more regions or a selection of countries. Above a Rioja specialist, below a shop selling mainly French wines. 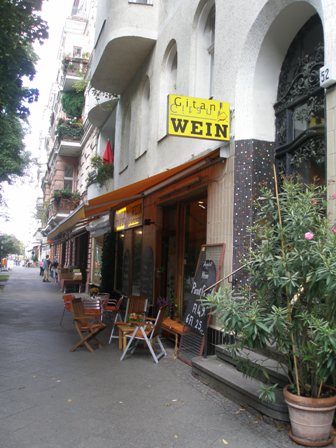 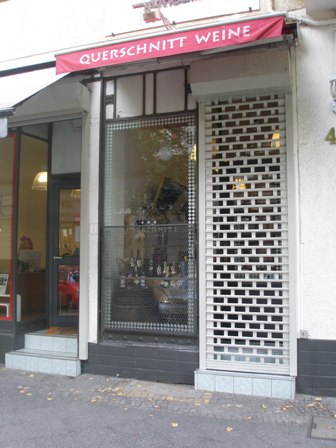 Some shops try to offer a wider selection, despite being “small”.

Others, as above in Goltz street, offer broad choices.

I even found an Australian wine shop with remarkable decoration.

Others offer Italian wines combined with other shopping and relaxation capabilities.

‘European and overseas wines’, is what the writing says; wow that’s amobitious.

But there are not only very specialised wine shops to be found but also very specialised restaurants. I do not refer to the Habibi Falafel, the Iranian, the Italian, the Turkish, Indian and Spanish restaurants. I found two eating places which were quite special. Many years ago I have dined in a Tibetan restaurant once in Kathmandu. Never before I have seen a Massai restaurant, even when I travelled through Tanzania and Kenia, there were no such eatery in sight. Berlin got it all.

What would you eat in a Buddha House? Answer: Tibetan, Napali and Thai cuisine. Bon appetit. 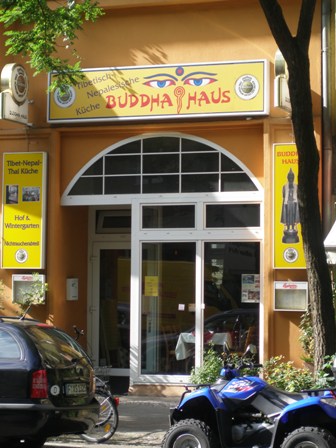 My tip: visit Berlin, it is such a fabulous place to explore and to discover.

This entry was posted on Friday, September 19th, 2008 at 5:48 pm and is filed under general. You can follow any responses to this entry through the RSS 2.0 feed. You can leave a response, or trackback from your own site.