Eating out in Yea, Victoria

When we are on our vineyard in Glenburn, Victoria, we love to visit wineries and vineyards in the vicinity but we also love to tour the small country towns, villages and hamlets in rural Victoria. One of our favourite destinations, and just about 32 km northwards of Two Hills Vineyard is the small town of Yea.

Yea is about 100 km north of Melbourne and has a population of about 1000 souls. In 1837 the first settlers arrived in the district – the Shire of Murrindindi – from New South Wales (under the leadership of the explorers William Hovell and Hamilton Hume) and ever since the area along the Goulburn River was settled as farmland. It was originally known as Muddy Creek settlement and later named after Colonel Lacy Yea, who was killed in the Crimean War. Before white settlement, the Woiwurung people of the Kulin nation occupied the area. Unfortunately, they had to bear the brunt of the effects of British settlement policy and were frequently and forcibly resettled and never obtained titles of their native lands.

Today Yea is a pleasant country town and centre for agriculture, forestry and tourism. Needless to say, quite a few wineries are located in the area, most of them members of the Upper Goulburn Winegrowers Association.

There are quite a few eating places to choose from. Depending on your time and your budget, the whole range of country food is available at your finger tips. We usually frequent three places which I would like to introduce to you today briefly. 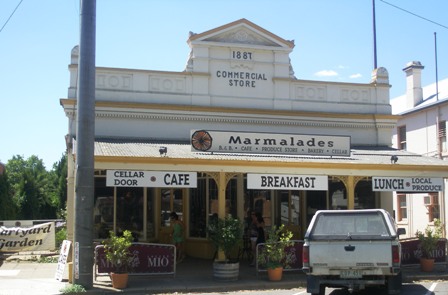 You can park right in front of the place. 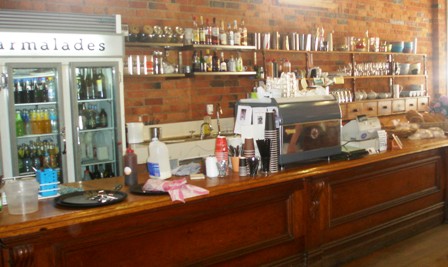 Below you can see some of our most preferred dishes.

Margit, Charlotte and Lucy around the table 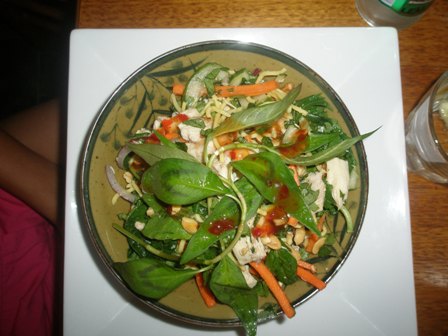 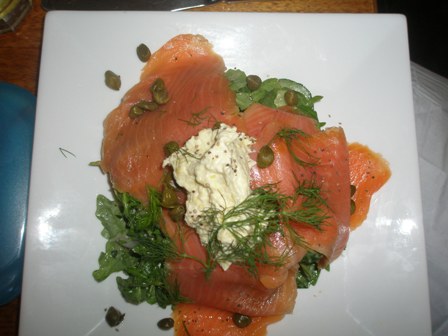 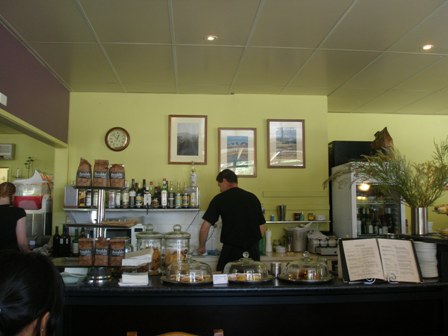 Behind the counter at Elmers, people are very busy.

Located about between the two, is the Country Club Hotel. It has, as most Australian pubs or hotels, a public bar and a restaurant. There is usually some kind of life music in the restaurant on the weekends. This is a good place for the evenings to go out and/or meet with friends and family. 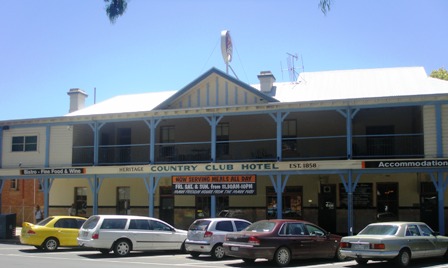 I somehow do not have pictures of the inside of the Hotel and of the food served. However, let me assure you that I ate there the best Kangaroo steak I had ever consumed in Australia.

Mind you my first Kangaroo meat I tasted during my university years in Bonn. The ‘mensa’, as it is called in German, the university eating place, a ‘cantina’ so to say, had offered it as a novum to its hungry young men and women some 30 years ago.

Also the other dishes on the menu are worth trying. The Country Club Hotel also offers local wines with their meals. So if you are in the vicinity and you want to try solid, modern and traditional country style food please drop in and give a couple of hours of your time to Yea and its eateries. You will be pleasantly surprised. You will also have the opportunity to sample some of the finest locally produced wines from the Upper Goulburn Wine Region since all three restaurants have a variety of locally produced wines on offer.

This entry was posted on Tuesday, June 24th, 2008 at 9:17 pm and is filed under food and wine. You can follow any responses to this entry through the RSS 2.0 feed. You can leave a response, or trackback from your own site.

14 Responses to Eating out in Yea, Victoria