Climate change and the vineyard 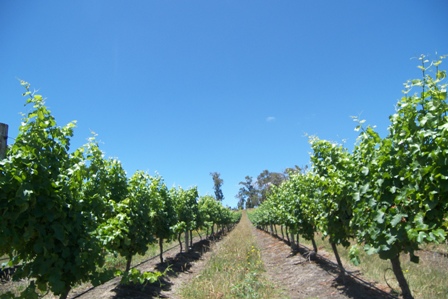 Most of my libertarian friends are avid and passionate non-believers in global warning and climate change. They fiercely contest the validity of many research results. This sometimes reminds me of religious zealotry. However, one has to say that their opponents do not hesitate to falsify data and blackmail the public emotionally and otherwise. But many libertarians live in a constant state of denial when it comes to climate change. Well, so be it. I do not know where to stand in this debate but I would categorize myself as an “unremitting sceptic” in this regard.

Having said that, the changing climate pattern over the last two decades in my own vineyard and observations from vineyards around me cannot be ignored. Recently, Prof. Edward ‘Snow’ Barlow, professor of horticulture and viticulture and head of the School of Land and Environment (Agriculture and Food Systems) at the University of Melbourne and a practising viticulturist (he has a 24 ha vineyard in the Strathbogie Ranges) has published his new research findings about climate change and its effects on Victorian viticulture. An article in The Age by Jeni Port (10 January 2010) alerted me to this research.

One of the main trends in Victoria seems to be that vintage time moved forward considerably since 1982. In one location at the Mornington Peninsula it has come forward by 40 days in 40 years for Pinot Noir and 32 days for Chardonnay. At other locations, for instance at Tahbilk, one of Victoria’s oldest winery, picking days have fast tracked by 20 days.

Since we established our own vineyard (Two Hills Vineyard) in Glenburn in 1996-97 we had a high degree of variations in our growing seasons. But 10-12 growing seasons is not long if you want to see patterns. After all, we are the only vineyard in the location and comparative data are few and far between. 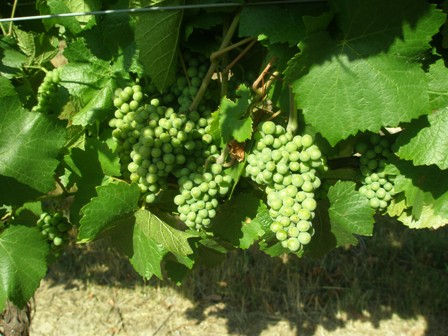 The Cabernet which we pulled out in 2001 might under these changing conditions been able to ripen the fruit after all. Should we have left it in? These and many more questions beg an answer. What will an earlier harvest mean for us? Will our early ripening varieties produce better yields or a higher quality of fruit? In contrast to other production locations we have sufficient water to irrigate if necessary, but is our fruit quality really higher than before?

If the “commercial life” of a vineyard is about 25 years, we are at about half-time. If Prof. Barlow’s predictions of vintage time for Victoria in 2030 and 2050 are realistic, we might be just in the position to make it, so to say. The selection of grape varieties for replanting in about 2025 could be based on a much broader scientific knowledge.

Prof. Barlow thinks that Australian vintners and winemakers are at the forefront of climate change, “the canary in the coal mine”, as he puts it.

Life is full of adventure, especially in the rural hinterland of Melbourne.

The article in The Age closes with the remark, that Prof. Barlow “rarely meets a climate sceptic in the wine industry”. From my conversations with libertarians I cannot confirm this, but libertarians are mostly found in urban centres and hardly in the field.