As you know I am not much of a cook. But today I cooked a traditional Sunday roast. I am so proud. I did it. Not that it was particularly difficult. Actually I just seasoned the meat, put it into the oven for 60 minutes, and voila there was a delicious meal.

This called for a special wine, and a special wine we had. I choose a ‘2006 Cabernet’ from the Mayer Vineyard, made by my old friend Timo Mayer in the Yarra Valley. Timo is one of the famous South Pack, a group of young and creative wine-makers in Victoria. 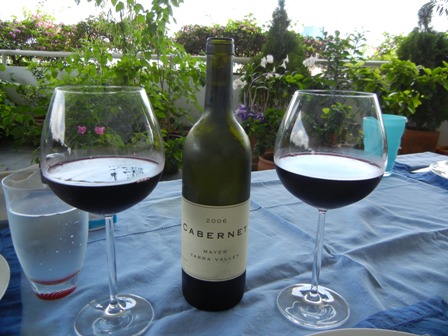 This is a beautiful wine, full of red berry flavour, a good structure and a long finish. The cherries on my palate were almost like the ones of a Merlot, but it is a straight Cabernet, amazing. 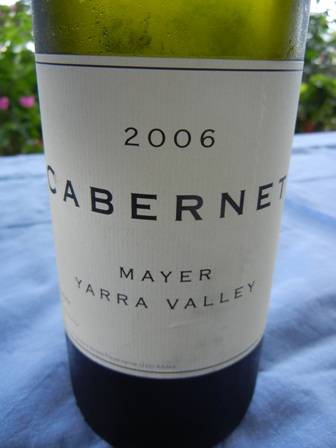 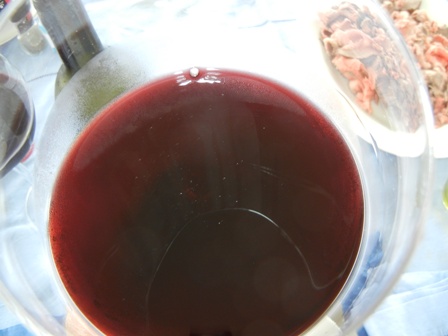 The roast was just perfect with its pink colour. It was Thai beef of a very good quality. As were the other ingredients by the way. The girls made a Yorkshire pudding. Moreover we had broccoli and carrots as vegetables. 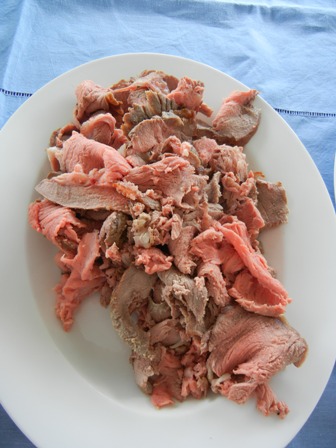 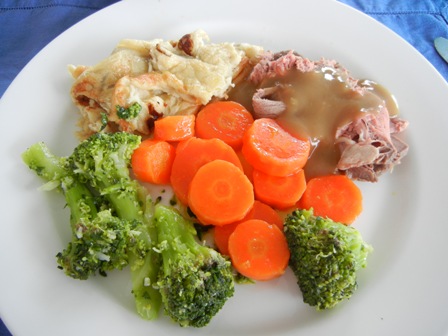 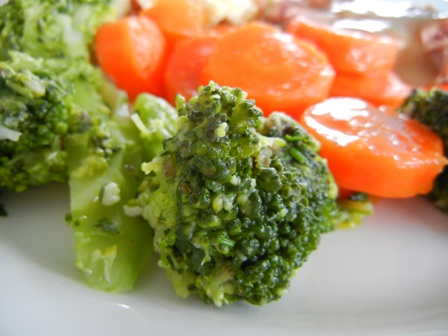 From here it was downhill all the way. First came my favourite cigar, then came the port. I just love Sundays like this. 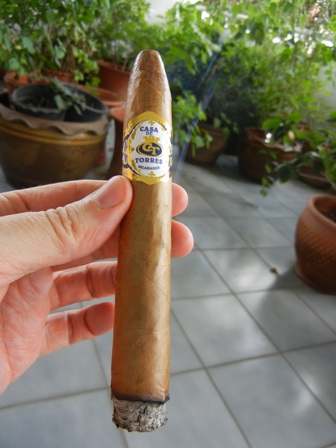 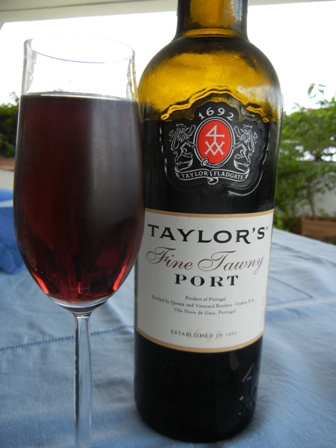 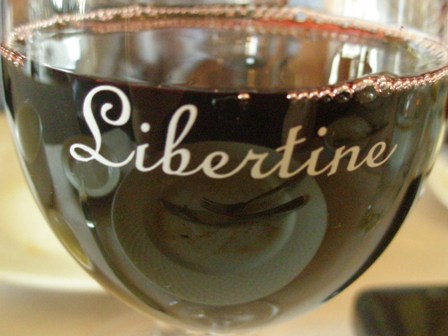 During the four weeks in Glenburn, Victoria I made it to the big city (= Melbourne) only once. My friend Tony Arthur had organised a lunch with Joe and Helen and myself at “Libertine”, a French restaurant in North Melbourne.

When Tony mentioned the name of the place we were supposed to meet in town over the phone, I was already enthralled. For a liberal like me, “libertine” augured well, promising freedom of French provenance. 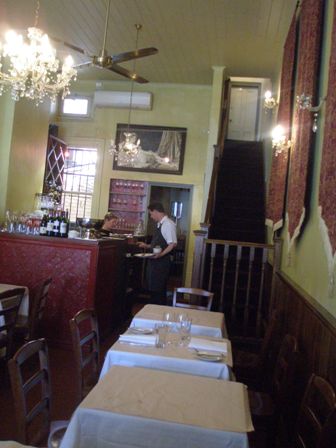 The restaurant is tucked away between various other entrances and not easily glimpsed. I came in my pick-up truck from the countryside and had to circle the place.

The dining area downstairs is rather small but I understand they have more facilities upstairs. When I arrived at 12:30 sharp, my friends had already assembled. Most tables were still empty but that would change very quickly. The place was packed just a little later.

Tony, Helen and Joe had been travelling together in France. As a native of Trier, Mosel, just a few kilometres from France I am not exactly a stranger to French culture and cuisine and consider myself a “francophile”.

We started with aperitifs. I was introduced to a Floc de Gascogne. Based on a XVI century local recipe, this is a fortified sweet wine, a blend so to say, between fresh grape juice (2/3) and Armagnac (1/3). It is kept for about 10 months in the cellar. The aromas it displays are almond, jasmine, roses and honey. The alcohol content of the drink varies between 16 and 18%.

Also the second aperitif, a Pommeau de Normandie was a “mistelle”, in this case a mixture of apple juice with Calvados. It’s usually aged in oak barrels for about 30 months and contains 17% alcohol. The drink displays aromas of vanilla, caramel and butterscotch flavours. 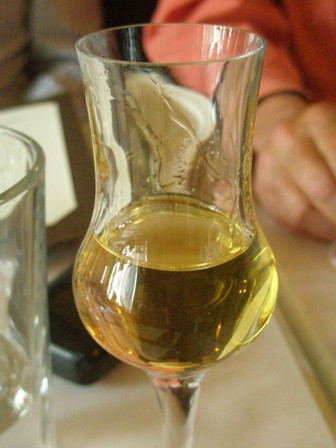 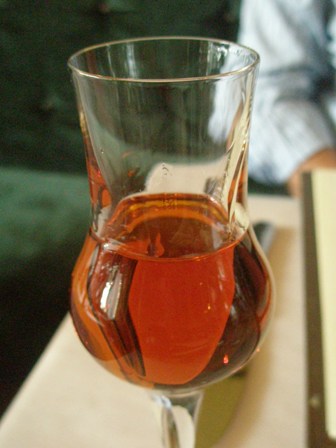 The next two photos introduce the diners. A happy lot they were. We had not met for more than a year. It was easy to lure me down to town from my farm upcountry in the Upper Goulburn to meet up and dwell on the happenings of the past months. 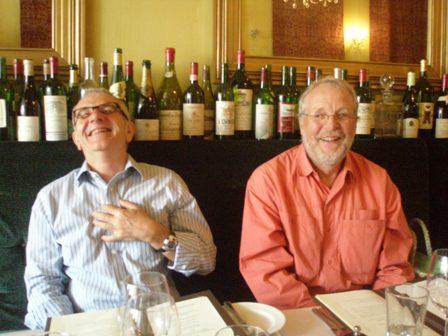 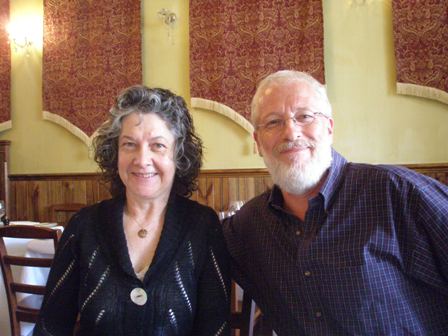 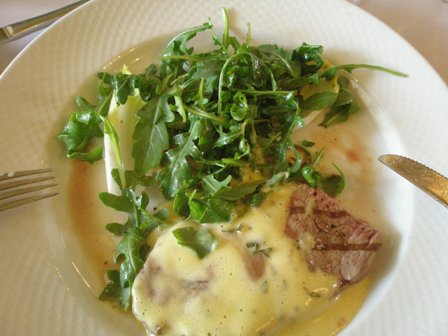 We all ordered the set menue were you have a couple of choices. I opted for the fresh onion soup, followed by a steak. The dessert I choose was a “tarte de pomme”, all very delicious. The service was relaxed but very attentive; the food of an excellent quality and taste for a very reasonable price.

We were also advised on the wines. We went with the house wine, all from bottles, a Roundstone Cabernet Merlot from the Yarra Valley. Helen had a Lis Neris Bianco from Italy. The blokes followed up with a glass of Tempranillo but by that time we were beyond producers and other wine information. I just did not record any of it any more because we were deep in philosophical conversation about love, life and the universe. 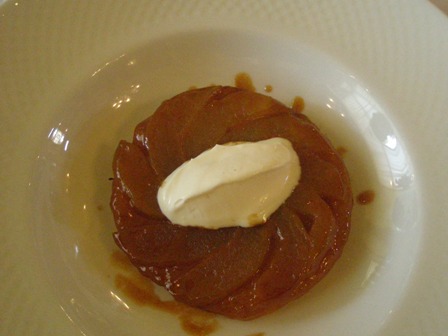 We had a coffee at the end, bid each other farewell and scattered in all direction with the sincere promise to repeat this as soon as possible but latest at our next visit in Australia.

The Libertine is a great restaurant. If you visit Melbourne you should schedule a meal either lunch or dinner with your friends in this atmospheric little place.