I love Berlin; it’s a great city with so much on offer. My friend Rainer Heufers took me to a rustic place in Tucholsky street, near the synagogue, called “Kayzer Soza”, named after the mythic film figure. Rainer knows Berlin very well since he lived there for a couple of years. 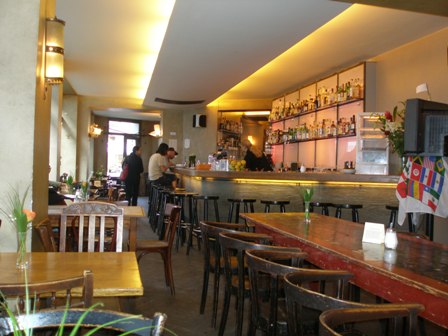 The inside of “Kayzer Soza”

Berlin is a cosmopolitan city again with a growing Jewish community. Just across the street from the restaurant was a bagel bakery. 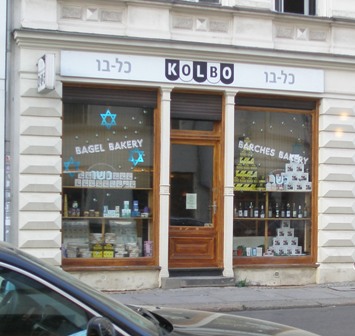 “Kayzer Soza” was buzzing with people, mostly young, happy people with lots of time on their hands. Many were seated on the pavement of the sidewalk where we could not find space so we went inside. There it was rather empty at this early time, but that was about to change soon.

We ordered a hearty meal consisting of a strange selection of dishes: Suebian cheese noodles, a Mediterranean salad, olives, and a bottle of ‘Primitivo’, a ‘2006 Terre di Montelusa’ from Italy. We just felt like that after a long day meeting. The wine intrigued me because he comes from Brindisi in Apulia (Puglia) and I never knowingly drank a wine from there. It was a robust country wine. I guess the bottle did not cost more than 3 to 4 EURO. My last ‘Zinfandel’, as the ‘Primitivo’ is known in the US, I tasted more than 10 years ago during a winery tour in California.

When I opened the menu a poem jumped into my eyes. Freely translated it said the following:

It is said to originate from the Veneto, the lovely Italian wine region. 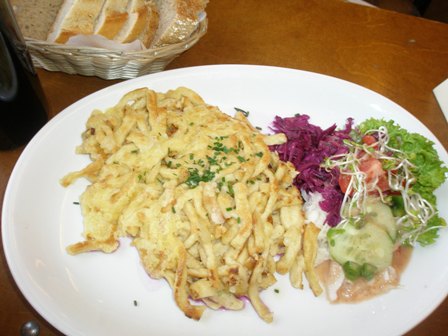 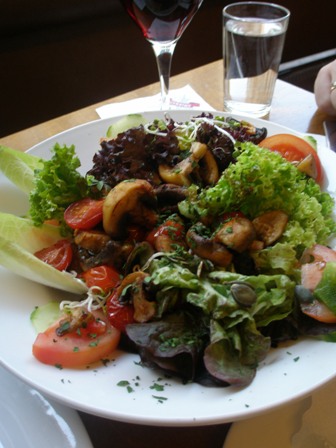 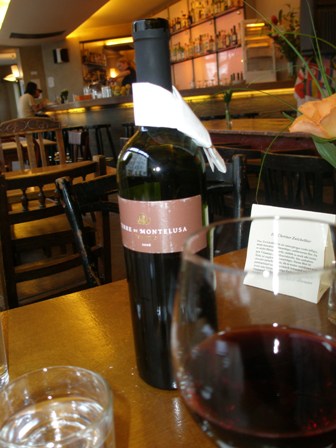 A simple wine but matching the occasion 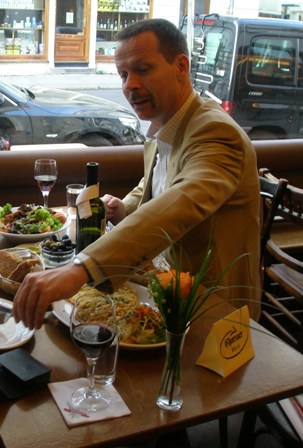 My friend Rainer tugging in

This entry was posted on Sunday, June 8th, 2008 at 11:09 am and is filed under food and wine. You can follow any responses to this entry through the RSS 2.0 feed. You can leave a response, or trackback from your own site.