While traveling in Germany last year, I took quite a few photos of vineyards and the way vines were grown there. While visiting the Ahr, Rhine, Mosel and Saar I notices that row spacing and trellising could showed a wide variety of different spaces and systems. 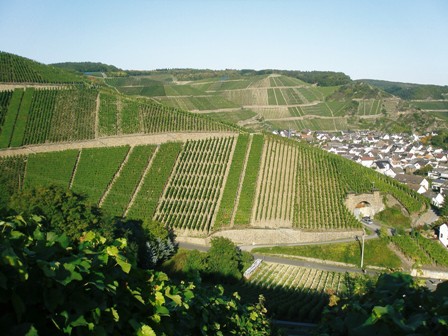 This slope on the Ahr shows “planting with the slope” and planting “parallel to the slope”, and also the width between rows shows variations. 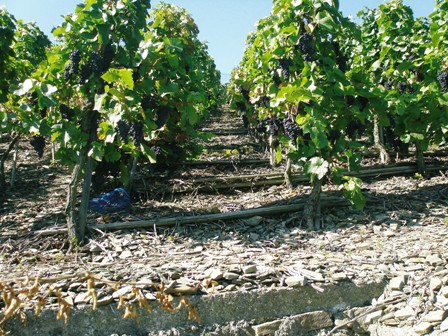 Here (photo above from the Ahr) sticks have been put between the individual vines in order to make it easier to move in the vineyards and to prevent stones and earth to be washed down the rows. Every vine has its own individual post and no wires are required. One finds this system also along the Mosel and the Saar. 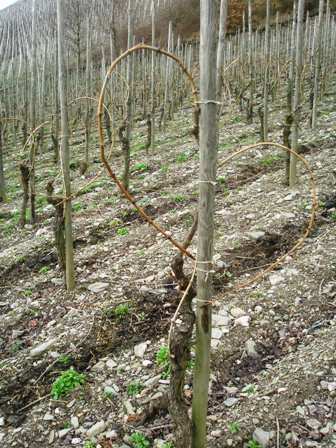 After pruning, two canes are bound to the post on the individual post system. I wonder if spur pruning can be applied to it too?

Usually movable fruit wires, as we have them in Australia (VSP = vertical shoot positioning), are not a feature of these trellis systems. This is not surprising. On the steep slopes of the Mosel, Ahr and Rhine rivers moving fruit wires would be suicidal.

In my own vineyard in Glenburn, we use a simple VSP-trellis system. The move of the fruit wires is usually not a difficult job, especially along the gentle slopes as we have them. However, when the rows are long, the wire gets heavier and heavier the longer the day lasts. 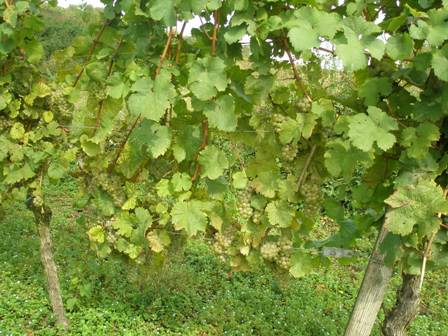 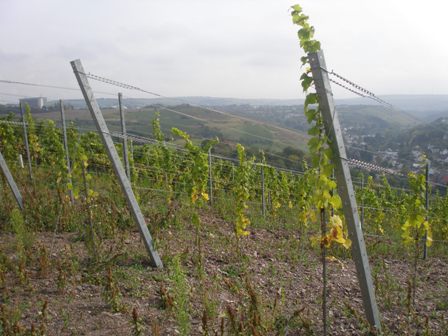 In some of the locations, even if they are steep, caterpillar tractors are used to work the land. These tractors are small but still need narrow rows between the vines in order to operate. 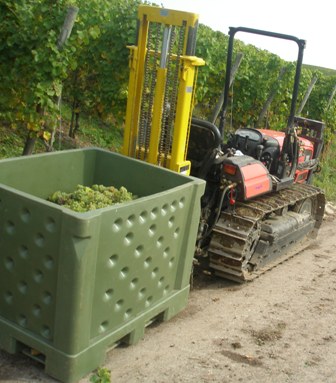 Below, two rows have been planted close to each other (and no vehicle can work between them), but the next rows a planted at a wider distance so that the caterpillar tractor can be used. 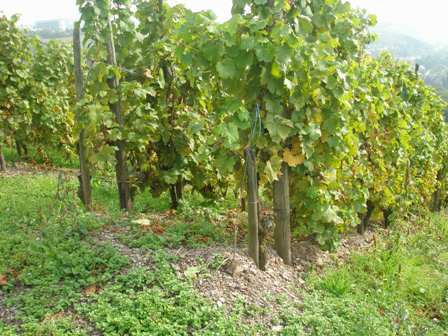 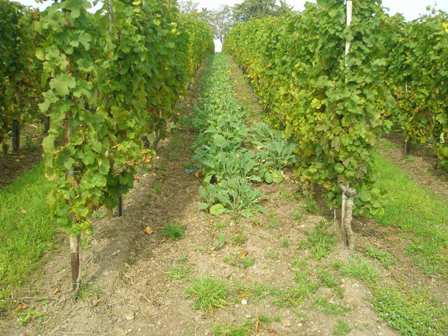 Even cabbage is grown between the rows (Olewig/Trier, Mosel)

In my blog entry titled “Along the Mosel River”, of September 12th, 2007 I showed some of the elevators used on steep slopes to carry material up and down the vineyard. Have a look and check it out; it’s an interesting system, one can observe on many steep vineyard slopes on the Mosel.

This entry was posted on Saturday, May 10th, 2008 at 5:51 pm and is filed under vineyards. You can follow any responses to this entry through the RSS 2.0 feed. You can leave a response, or trackback from your own site.

5 Responses to Row spacing and trellis systems in Germany