In the dialect of Trier “Ze Lawen” translates into high German as “Zu den Lauben” which can be transcribed into “At the arbour” in English.

Well, it is a part of the city of Trier. In the 18th century it was a small fishing village at the outskirts of the city just beyond the ancient city walls. Later it was transformed into garden arbours used by city folk to spend their Sundays where they relaxed in the shade of their small garden houses.

Today, “Ze Lawen”, located directly north of the Kaiser-Wilhelm bridge, consists of a small stretch of beautiful historic buildings along a very picturesque strip of the Mosel river. Over the years many of the fishermen’s houses were turned into small country inns, eateries, bars and restaurants with a great variety of local foods and drinks on offer. Actually if you look for a culinary delight in Trier you have to visit this part of the city. Needless to say that you can enjoy all the many famous Riesling wines produced along the Mosel and the surroundings valleys of Saar and Ruwer.

I will take you on a quick walk around this part of town (only a 200 meters stretch). Below, thats what it may look like in summer, in the background the Mosel and the red sandstone cliffs. 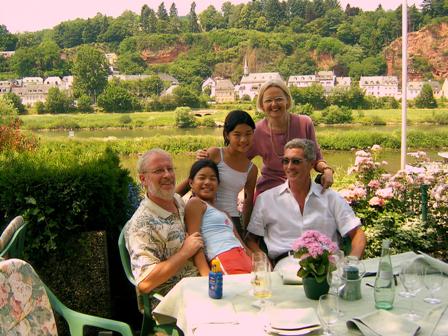 With friends eating out in “Ze Lawen”

During my recent visit to Trier I took some more photos. One can, for instance, find some stone mason work depicting scenes from Roman times, usually the delivery of rental payments as below.

The patron saint of Trier is St. Peter. He is usually depicted holding the city keys and the bible as below. 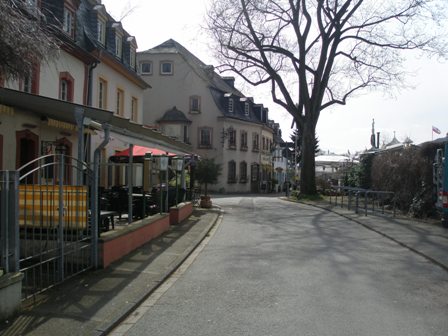 Other must visit places are “En de Lauben”, “Alt Zalawen”, “Mosellied” and “Bagatelle” (bistro/cafe), a restaurant where we had the most amazing food and wine degustation last year (a summary you will find in this blog). 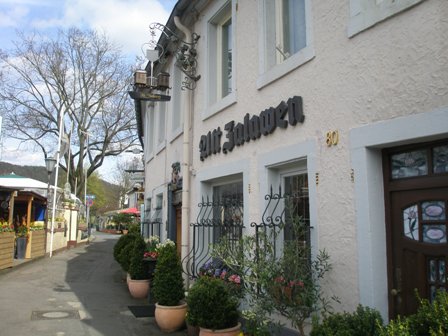 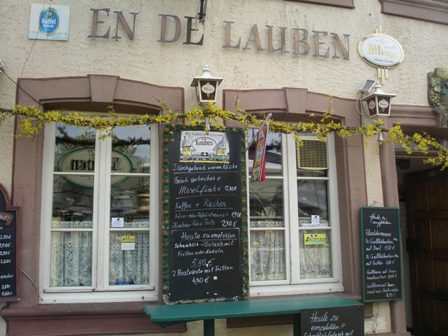 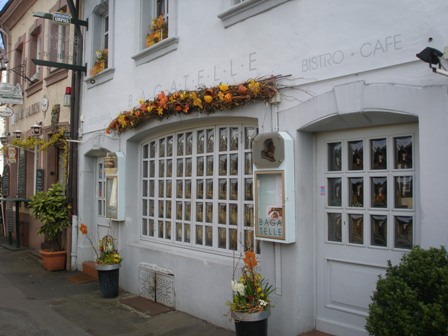 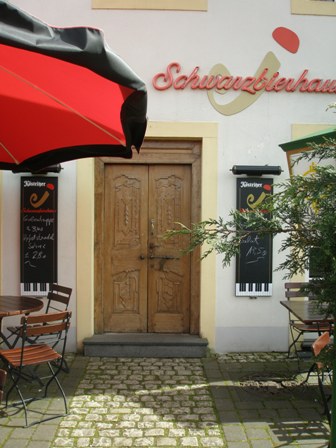 The entry to the “Schwarzbierhaus”

The old lintels of the door frames shown belwo, usually also in stone, demonstrate that it was fishermen who once lived in these old houses. The most popular motives are fish or gear from fishing boats. 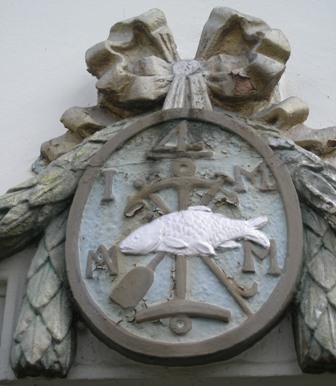 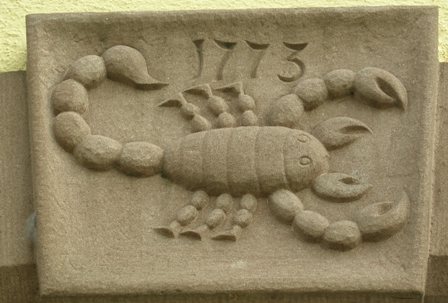 I hope this enticed you to put the city on you map. See you again in “Ze Lawen” one of these days. Its always worth a visit.